A new bag in the making.


Recently I have been craving a large spiked clutch bag that doesn’t cost the earth. I also wanted to try out an idea I found some months ago on a DIY fashion blog (swellmade). I decided to make the bag I had been after for ages. Sadly my sewing machine is in need of repair so I had too stitch it by hand. I made a tote bag a few years ago and I have been wanting to try something new but from scratch for a while.


I didn’t know where to start, what did I want to make it from? How large did I want it what would I wear it with?


I had several lengths of pleather left from an abandoned idea that I decided would be perfect. First I found a similar size bag I liked then used this as a template to cut my fabric out. 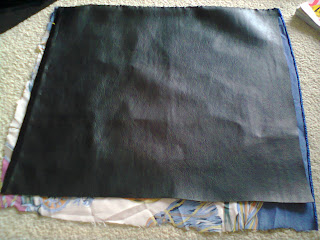 I couldn’t decide if I wanted it to have a handle or to be a fold over clutch. Eventually the folded clutch idea won out. I have changed what I wanted to do with the clutch and how I wanted it to look as I have gone along. It has taken a lot of time and I know it would be simpler to just buy a new bag but there is not satisfaction in that. I wanted a simple bag I could wear a lot of and with many thing. Initially I started it after Christmas but I stowed the project away and couldn’t find it!
I needed a nice lining I was going to use one of my many vintage scarves but that would be sacrilege. I found a lovely cheap scarf in Primark. I wanted the lining to be on trend but pretty and lovely. I wanted a little luxury and something that was a bright contrast to the simple outside.
It only cost me £1.50 and was worth it. 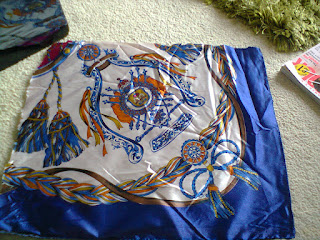 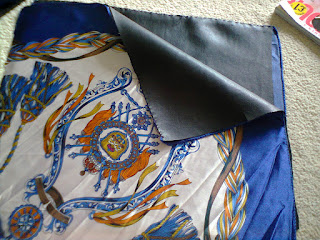 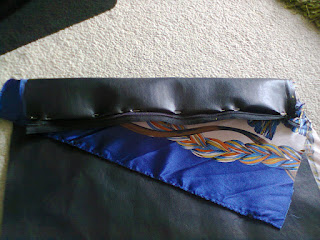 I added for small black poppers to create the fold over part so the clutch can be carried.
So once I had the scarf; I cut itto size I pinned everything to the zip and sewed it up.


From this I turned it inside out and triple stitched the sides. 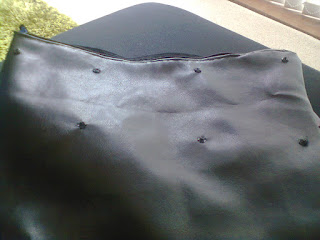 I added the black poppers for the fold so the buttons wer subtle. 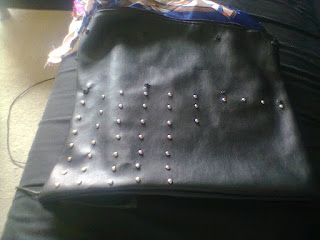 Next I applied the rivets. Each rivet has four pins that fold back on themselves; I chose a flat head spike for comfort when carrying the clutch. they were from ebay for £3.20


After this was done I sewed the lining up!
I added a small tassle to the zip for extra details


And taa daa the bag is complete!


So overall for under £10 I have a beautiful one off bag that is unusual, trendy and edgy and I have the satisfaction of knowing I made it. I really enjoye the project it was fantastic to make. 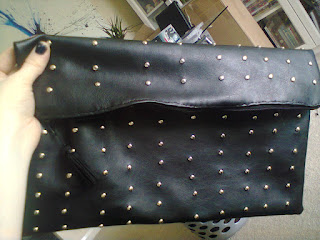 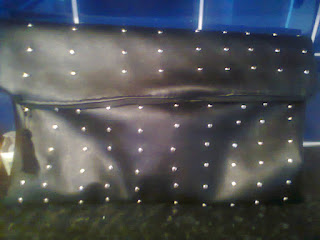 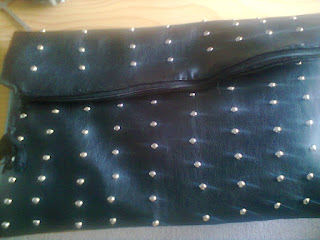 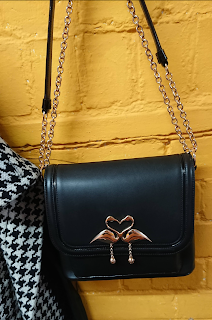 A flamingo changed my life

bubblesarah
This blog is a place to share my collection, my interests and various projects.